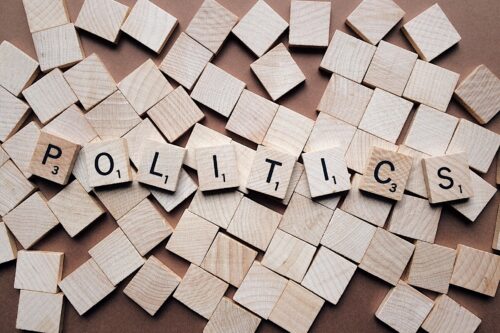 I watched well-known companies take political positions and thought nothing of it. It didn’t apply to me. My organization is very apolitical and would not make a political statement that around 50% of our customers would find difficult to agree to, right?!?!

Monday morning I checked in with all employees and my company was posting information that would be published soon. We took a political stance. No, not someone you would think of (no, not Georgia, BLM, COVID, vaccines, religion, etc) but a strong one nonetheless.

One that I disagree with.

I literally sat open-mouthed as they talked for an hour about the statement that was about to be released. When they asked for questions, I gently pressed the mute button on my computer. I was shaking, I hate speaking in public (especially in extremely large groups), but I needed to know … why. The announcer responded angrily with a statement full of logical errors. I pointed out one of the 47 or so arguments that came to mind immediately (the high school debating team champion in me never dies). She tripped on herself and then made another horribly flawed argument. I stopped talking. I decided to speak to my boss instead.

My boss also had problems with the statement, but accepted. When I pointed out that not only would doing irreparable damage to half of our customer base approval, our logic was flawed. He shrugged.

Just go with them to get along.

I do not believe that.

Monday evening I sat at the dining table crying. “Is that the hill I want to die on?” I asked my husband. “I support whatever you choose, but for me this is the hill I would die on,” he replied.

I wanted to wait until August to look for a job, but the timeline is a bit off. If you agree with the overall mission and vision of your organization, but disagree at all with any random political stance they take, would you leave too? The reality is, it’s not good for me, but to be fair, it’s not good for you either. I cannot support your decision and you really should have a team member to do this.

Pooh. What a mess. I wanted so badly for a relaxing summer.

What to do and where to stay in QLD

Forget about Robinhood, Stripe Stock is the most valuable fintech

Best Budget Planners and Stickers for 2021 on Etsy

10 Best Affiliate Marketing Course You Must Take In 2021

Investing in Agriculture | The ways to find returns in...